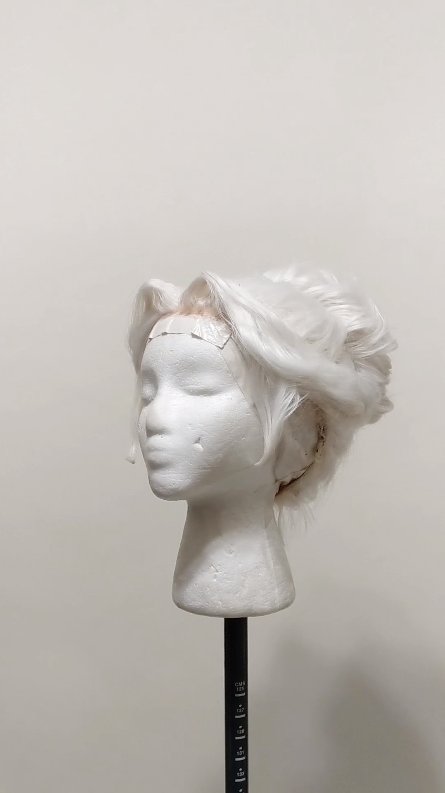 This wig was done using an Arda Arwen in white. The wig isn’t designed for high ponytails, so the hair on the base needed to be left fairly loose to help disguise the base of the wig. Originally this wig was used for Allura’s hair when it was down, so I needed to remove some curly clips that someone else had sewn in. The sideburns were already cut, but done in a looser way and not styled into points. I shaped the points a bit more and added the bang “M” points in the middle of the front hairline. The banged were also very carefully shaped into the side pieces that go back into the bun. The base wig was pulled into a ponytail, and then the excess hair was cut off and the hair was curled over and glued down to give the large bun shape. All of the hair is from the base wig. 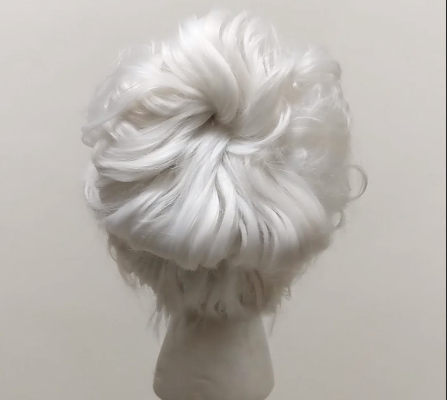 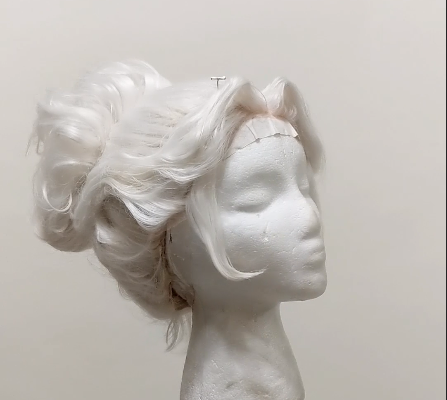 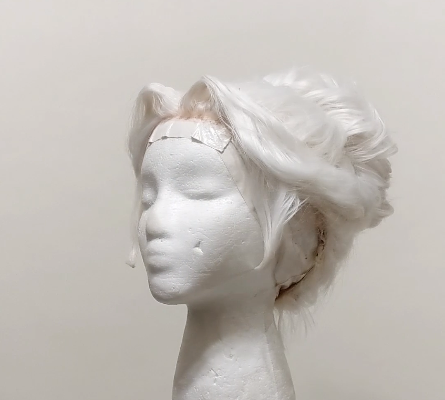 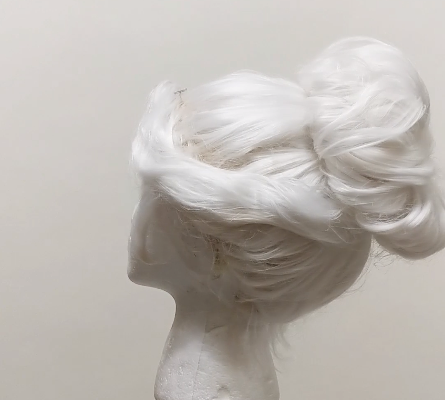