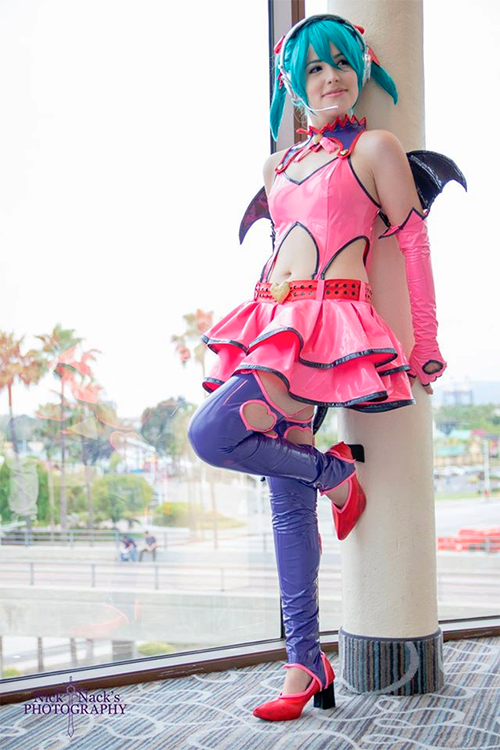 This was the first cosplay where I started taking my time more and working more diligently before the con, but some of it was still rushed as there was a hard deadline. The wig is an Arda Chibi in teal. I added foamcores to the twintails to shape them and help them stick out properly, as well as extra wefts braided and glued on the back of the wig. The bows are made of a red fake leather and attached to the wig with bobby pins. The headset is a pair of headphones that I glued a bendable microphone to because almost all headsets have a mic coming out of the left side, but hers is on the right. I sculpted some shapes out of polymer clay and glued those on the side before spray painting everything to the right color. For the clothing, everything is made with a stretch vinyl except for the red sections, which are the same fake leather as the bows. The pattern was made through draping on a mannequin, and the skirt is a doubled circle skirt with two tiers that was pleated and had fishing line added in the trim. For the collar, I had to do mitered corners for every spike, and then sew the trim on to the purple fabric base. The most tedious part of this cosplay was that every single piece of fabric has a trim on it! The leggings and gloves even have heart cutouts that have trims that needed to be hand sewn on through stretch vinyl. For the shoes, I had to make shoe covers that also had trim on the opening. The leggings clip underneath the shoe to give the stirrup look but make it easier to remove the cosplay. Clips were also used where the leggings garters clip into the skirt. I was able to find heart buttons for where the collar attached to the bodice, but the hearts on the jabot and the belt were made out of clay and painted. The wings are attached through a system of three nylon webbing straps sewn in to the bodice, and were originally removable since this was to be worn at a concert. To make the wings, I cut out the shapes of the “bone” structure as well as the skin pieces between them and sewed together as much as I could with the machine. A wire base was built then wrapped in polyfill and tape, then stuffed into the bone sections on the wings. Then everything else had to be hand sewn closed. The sewing took around 25 hours just for the wings. The wings are entirely poseable and can furl up as well as stretch out or angle in any way you want! The tail was built in a similar way. Many strands of wire were wrapped together and polyfill wrapped around them. The tip of the tail is carboard stuffed with polyfill. The wires in the tail actually go all the way through the belt to the front so that the tail has enough support to be posed even upright. 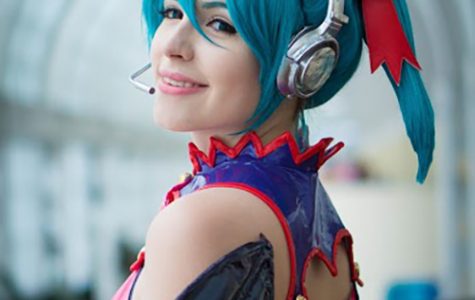 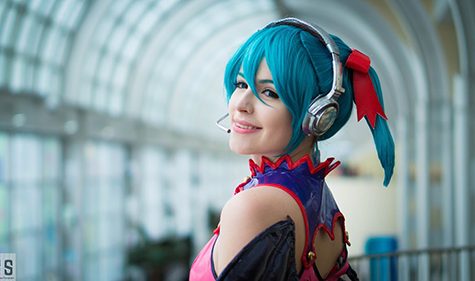 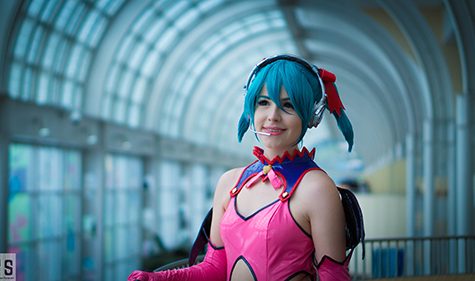 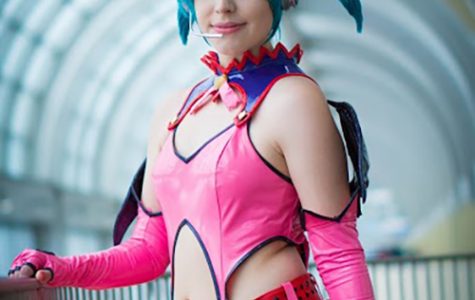 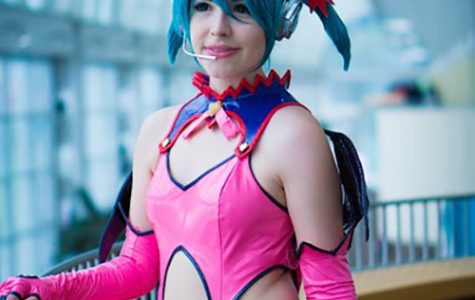 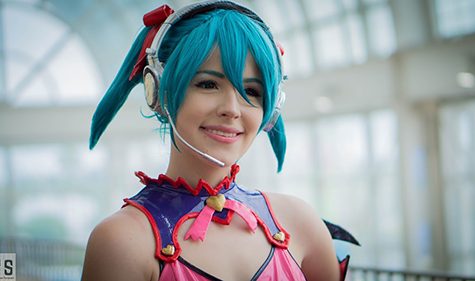 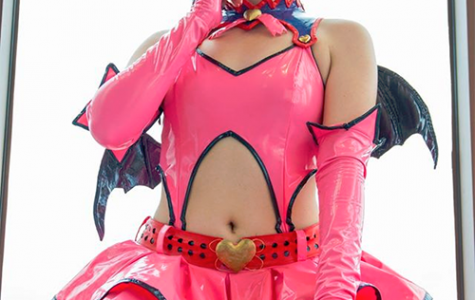 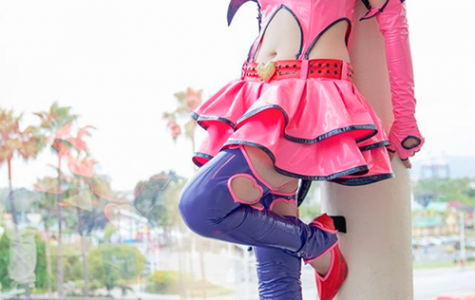 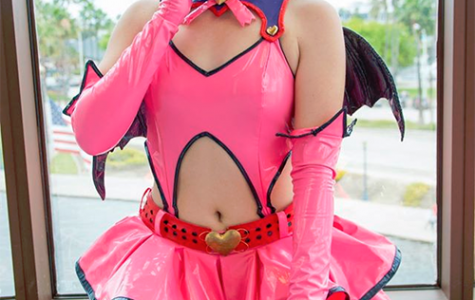 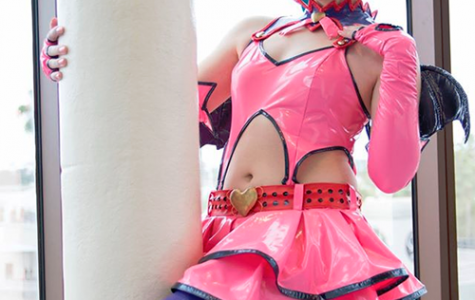 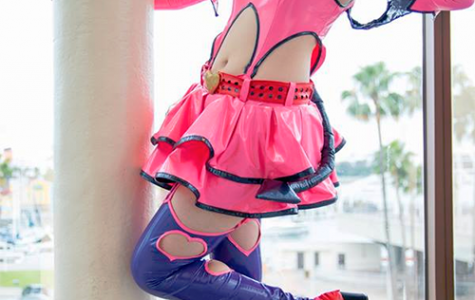 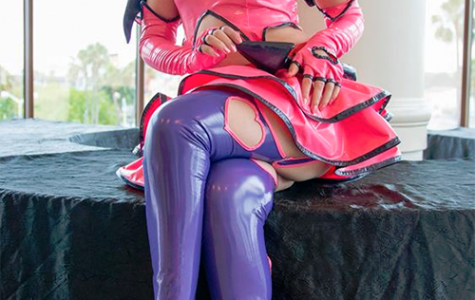 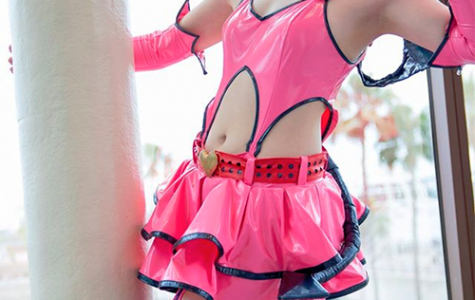 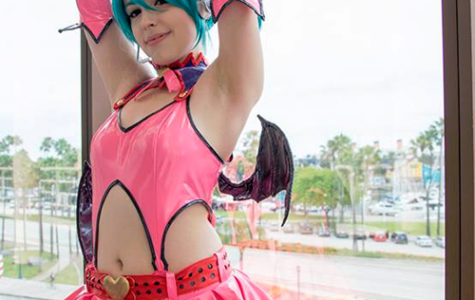 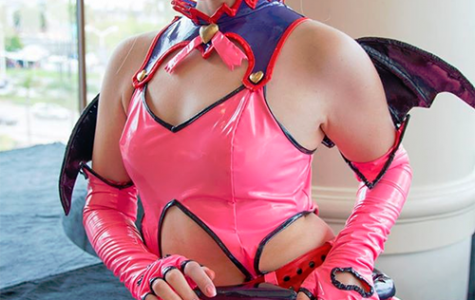 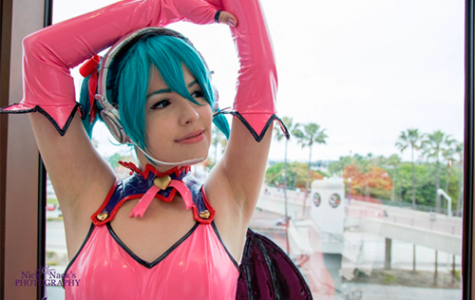 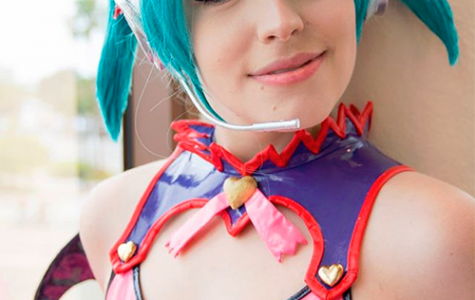 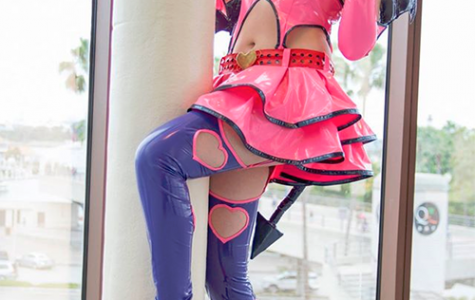 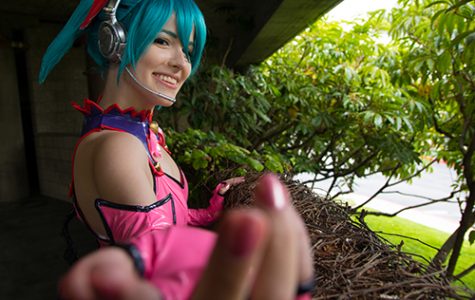 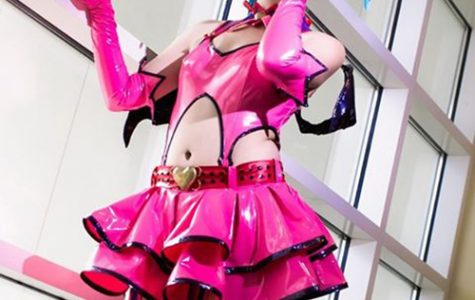