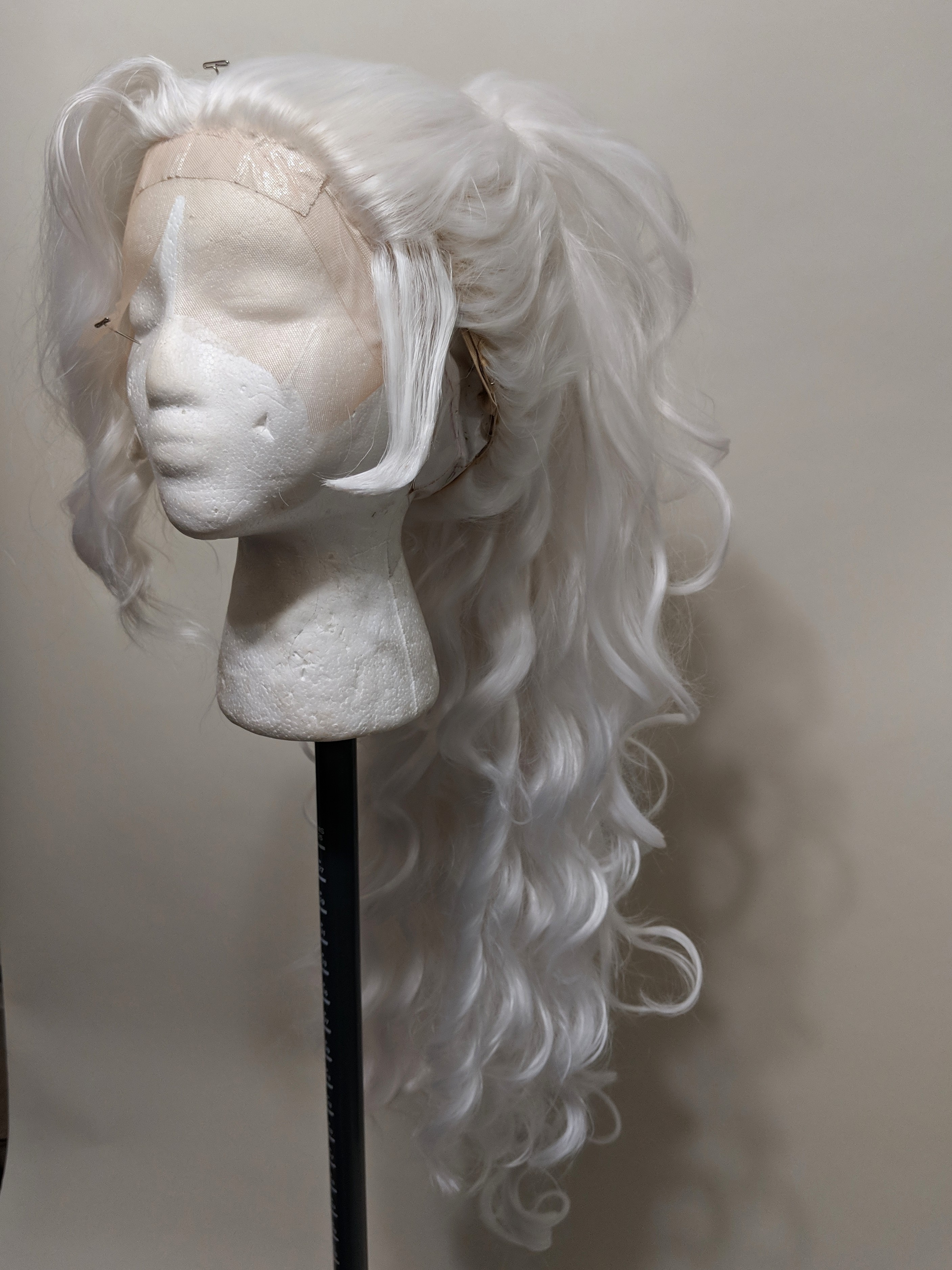 This wig was styled in one afternoon using an Arda Arwen in white plus a curly clip and a jumbo braid in white. The base wig was not designed to be put in a high ponytail, so the hair had to be left a bit loose around the edged of the wig. Also since the hair needed to remain curly, the full hair needed to be put up into the ponytail without any brushing or cutting. The curly clip’s base clip and elastic was removed, and the base was glued on top of the ponytail. I also added some hand sewing around the bottom of the ponytail to insure the curly clip stayed in place. The jumbo braid was tied into the middle of the ponytail and teased. The curly hair was arranged around it to keep it hidden. For the bangs, heat styling was used both for the volume on the top and shaping the sideburn points. Hair gel was also used on the points, and some hair spray on the big poofy bangs. 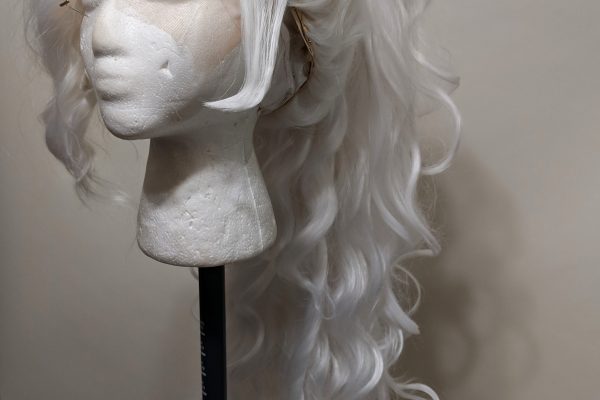 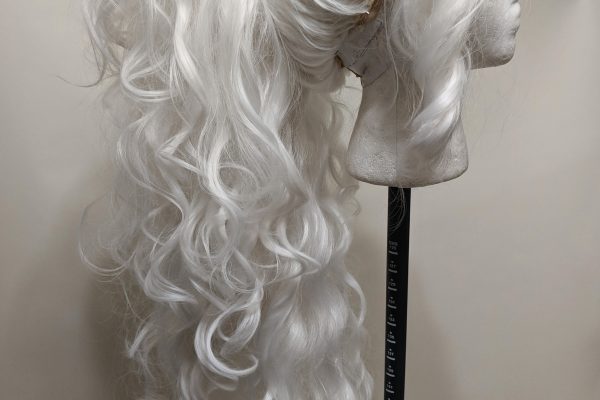 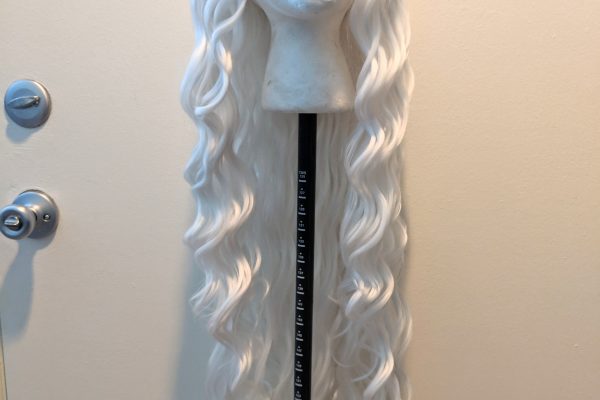